PSC or Umbrella contractors: A route to illegal working?

PSC or Umbrella contractors: A route to illegal working?

Who is responsible to spot illegal working? 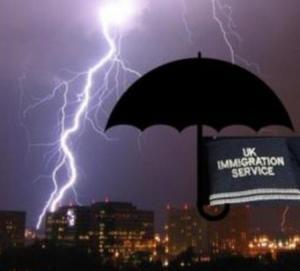 With an extensive background in the recruitment industry (over 25 years) I am familiar with the use of Personal Service Companies (PSC) and Umbrellas in the industry. When it comes to checking that the individual supplied to the end user client has the right to work in the UK, who has that responsibility? Remember, illegal working is a crime.

In the case of a PSC it could well be argued that it is the responsibility of the limited company concerned. But, let’s not kid ourselves here. Is an illegal worker who sets up their own PSC going to check their own right to work documents?

I have long been concerned about the potential for illegal working to be going on via the use of PSC and Umbrella companies in this part of the process.

Example case: We recently received a call from a locum agency who had a doctor registering with them. He had his own PSC and had been working via another agency for a few years. This particular locum agency were seeking clarification. He had a valid Croatian passport but, he did not have a Home Office endorsement and, he had never had one!  Therefore, he did not have the right to work in the UK. He had circumvented this by setting up his own PSC and supplying his services via this PSC. Therefore he was working illegally in the UK, potentially knowingly. Since May 2016 the Immigration Act has expanded the definition for knowingly to include suspects or, has reason to believe that a person is attempting to be an illegal worker.

From other conversations I’ve had over the last couple of years, some Umbrellas said that they relied on the recruitment businesses to perform the Right to Work (RTW) checks, whilst some agencies take a PSC contractor as having the RTW and depend on the Umbrella or the PSC to have checked this.

One recruitment business owner went as far to tell me that he did not perform RTW checks. He only supplied staff via their own PSCs or via Umbrellas. He beleives they have the responsibility for ensuring compliance with the Home Office guidance. Ultimately it is the employer of the worker who has the responsibility and if they are found to have illegal workers. As a result, they are the first port of call for any fines. But, in this scenario where does the responsibility lie?

As a diligent recruitment business you should ensure that all workers that you supply have the Right to Work in the UK, no matter the terms under which they are engaged by you (regardless of whether they are employed through a PSC, via an Umbrella or directly engaged via PAYE) ……..

I’m not saying that all PSCs or Umbrellas are guilty here. But, having sampled such a small subset of this population and found a level of inconsistency. Could this be the ‘tip of the iceberg’?

Get it wrong and you could face a £20,000 fine (per illegal worker). Risk a prison sentence and suffer the ensuing reputational damage. Why take that chance?

Simplify and standardise your compliance process for Right to Work with our solution uAuthenticate with built in Home Office guidance.

Why not give me a call and have a conversation as to how we could help you protect your business from illegal working.