The immigration bill became law in May. Landlords need to ensure that their tenants are not illegal immigrants and have the right to reside in the UK or risk potential fines. The implementation was unclear, this announcement seeks to carify.

From 1 December this year, landlords in Birmingham, Dudley, Sandwell, Walsall and Wolverhampton will face the possibility fines of up to £3,000 per illegal immigrant if they have failed to verify tenants’ identity documents. (They have also created simple leaflet to explain who is affected.) Once the first phase has been completed it is expected to roll out across the UK next year. Many landlords currently check and store copies of their tenants’ identity documents, but only 1 in 5 feels confident in their ability to verify ID.

That’s not a surprise. 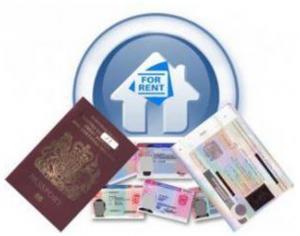 Legitimate forms of ID aren’t restricted to passports (could you tell a legitimate foreign passport from a fake?). Other valid IDs include

(how many people who are not specialists will know what a French ID card or a valid South African visa looks like?). With experts are sometimes fooled by forged ID. With an estimated illegal immigrant population of up to a million the risks are on the increase. A better method is needed than scanning by eye and photocopying for the filing cabinet.

The government has a helpline and an online document checklist service available which helps. This does not definitively tell you whether what you’re looking at a fake document.

What’s more, the onus will be on landlords to ensure monitor their tenants documents throughout the tenancy. Any indiscretions need to be reported to the Home Office in good time. It’s another layer of responsibility and paperwork and it will become time-consuming for letting agents and landlords with multiple properties. Could a landlord really plead innocence if they’ve been caught out and didn’t take the time to check? Is it possible that we are heading down the same path as right to work? Some of our guru’s say that the guidelines can be more akin to grey lines?

Aware of the changes on the horizon, back in February we ran a workshop  (full report click letting agent event report) with letting agents. Our objective was to find out how letting agents managing the private residential lettings market felt about the risks associated with renting property to illegal immigrants. The results were telling.

At uComply we’ve preempted the new immigration legislation with uReside. An extremely cost-effective identity authentication system that can verify more than 3000 types of ID in a matter of mere seconds. It storea records securely in compliance with the Data Protection Act and protects the landlord/letting agent relationship. It also automatically updates to comply with the latest immigration rules, which do change over time.

News travels fast in an underground community! Landlords found to be susceptible to fake ID documents will soon be recognised and approached by more illegal immigrants. Without the right systems in place their livelihoods, reputation and finances could be at risk.

uReside gives real peace of mind and provides the UK Border Agency with the statutory defense. You can prove that you are complying and doing everything possible to support the government’s crackdown on housing illegal immigrants.